Home Inspiration Wanna Be Smarter? Do These 6 Habits Daily!

Sleep deprivation sucks. Without enough sleep you cannot fully concentrate. Go to sleep early, wake up early, and don’t sleep for more than 8 hours a day. Having too much sleep is not good for you either. The early morning hours are the most tranquil and productive time in a day. If you have a habit of sleeping late, try to change it and feel the powerful effect of sleeping and rising early. You won’t regret it.

When you do something and you want results, you have to do it consistently. It’s the same with exercise. Exercising regularly has a much better effect than having intense exercise occasionally. By exercising you increase your blood flow to the brain. Your productivity will also boost when you exercise. Not only will you get a healthy body, but you will also get a healthy and strong mind. 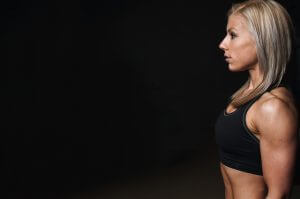 It’s very comfortable to sit on a couch and watch television for hours every single day, isn’t it? The bad news is by being a couch potato your brain is starting to lose its capability to think intelligent thoughts. Besides, although it’s comfortable to stay in front of the television the whole day, don’t you feel drained after a few hours of watching television? With sore and tired eyes you feel like you don’t have any energy left to do something else. You’ll become lazy, your brain will become lazy too, and slowly but surely you are losing your intelligence. It can be a newspaper, a classic novel or other reading materials that you never read before. Expand your knowledge, increase your creativity and boost your intelligence. Many successful people have the habit of writing daily, either it’s a journal or diary they keep or a blog they write. It does not matter what, as long as you write. How can writing boost intelligence? By writing something down, you are forced to clarify your thoughts and turn them into something concrete. If you are not used to writing, it’s going to take some time and a lot of effort at first, but as time goes by the writing process will become easier. But of course it’s not going to work if you write only a short paragraph. Try to write at least 300 words a day. 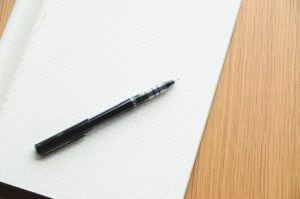 Welcome to our blog page! As a printing company, we are very fond of design and printing, which is why on this page you will see a lot of articles related to design and printing.But no worries, you can also find articles about marketing and promotion, travel, health, culinary and other topics on this page. What is more, we provide you tutorials to enrich your knowledge. To make it easy for you, we have classified our articles into different categories. All you have to do is clicking on the categories you like and you can start reading. We hope you love the articles. Happy reading!
Contact us: order@uprint.id

© Copyright 2018 - Uprint.id - Percetakan Online Indonesia
X
How to Stand Out from The Rest With Your CV/Resume?…Inspiration…

Wanna Be Smarter? Do These 6 Habits Daily!

X
10 Great Sources of Inspiration for Your Writing!…InspirationBelieve it or not, it's not always easy for great writers to find inspiration for their writings. Content ideas do not just fall out of the sky. When …
MORE STORIES

7 Important Numbers You Must Know Regarding Your Health